The Thracian sanctuary Beglik Tash is located in the highest part of Cape Beglik Tash (128 m asl) near Primorsko. It covers an area of 6 acres. The territory in which it is located is forested, was part of the hunting residence of former Communist head of state Todor Zhivkov (who ruled the country from 1954 to 1989). It is for this reason that one of the greatest discoveries about the Thracian history of our southern Black Sea and Strandzha remains unknown to science until 2003.

The entrance to the sanctuary is from the southwest. The rocky path leads to a stone “marriage bed”. Two sacrificial stones surround the bed. They have carved deep bathtubs connected with chutes for the overflow of ritual liquids: wine, milk, olive oil, rain water. Next is a stone throne, from which are cut deep grooves and intersecting lines, gathering in a large quadrangular sharapana. The eastern part of the circle is occupied by three "menhirs" (large round stones). At the top of the highest of them is cut a "divine step" 0.6 in length and 0.34 m wide. The same "divine step" is found at the opposite southern point, at the foot of the rock terrace. Divine steps mark the innermost sacred space, designated only for the initiates to participate in the mysteries.

So far, the sanctuary's central playground has been best explored. It is slightly elevated over the surrounding terrain, and in it are placed in a circle with a diameter of 56 m of rock elements, which were used for performing rituals. They have retained their natural character, but have been moved and refined by human hand with characteristic sacral symbols and signs.

Behind them are an astronomical clock made of 16 flat circular stones and a huge dolmen representing the "sacred cave" where the Mother Goddess gives birth to her son, the Sun-God, and the "labyrinth" - the way of the test.

Archeological excavations have found clay vessels, stone tools and weapons, flints, coins, etc., which show that it was created in the middle of the second millennium BC and was destroyed at the beginning of the fourth century after Christ. The lack of later construction on it has preserved the unique sacral elements in their original form.

The renovation of Effect Saint Mina Hotel - Sozopol is already a fact!

On the occasion of our long-awaited opening, we offer you an incredible special offer: 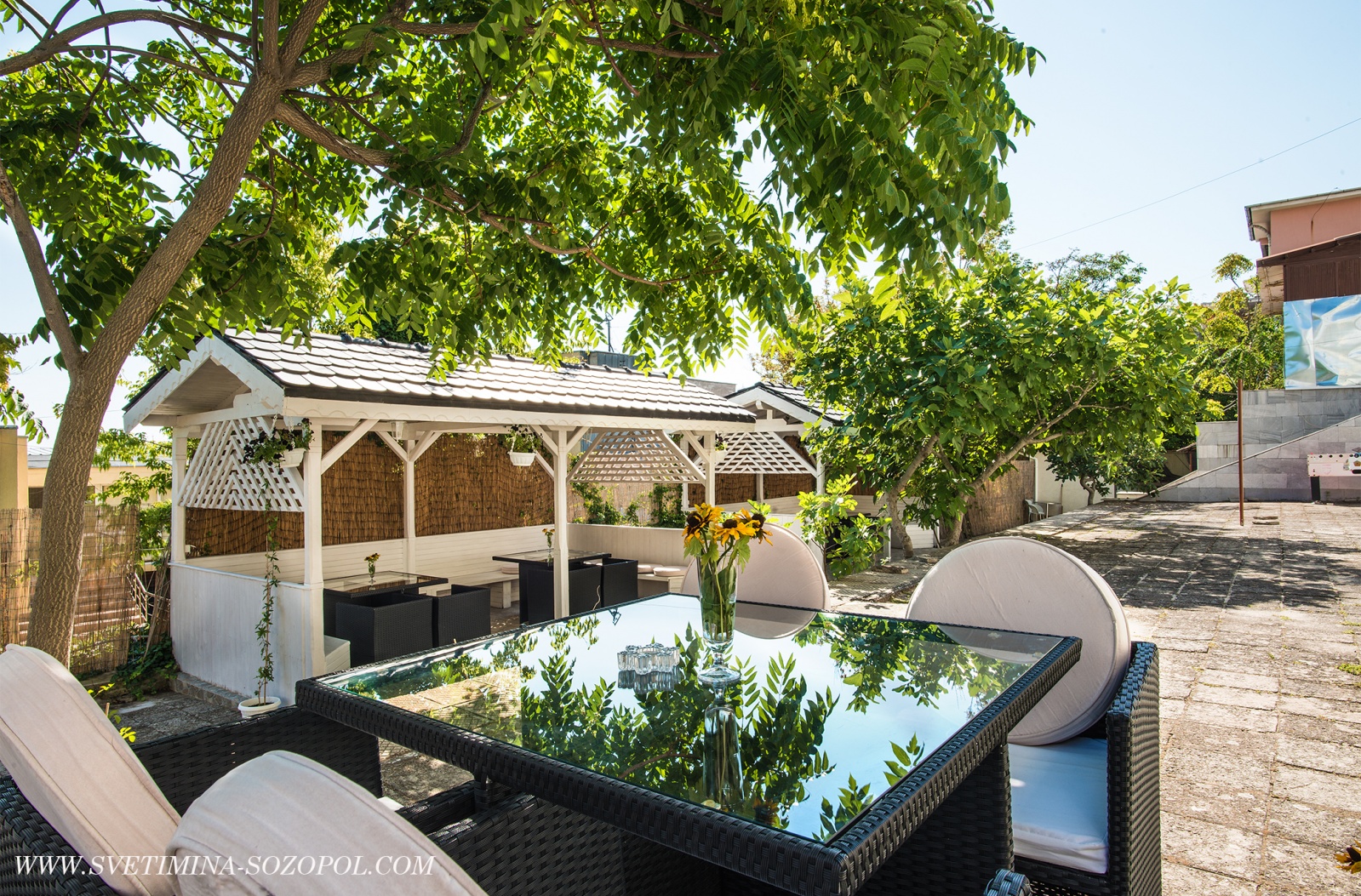 This website stores cookies on your computer and works with web analytics systems to optimize the website and provide you with personalized service. By using the website, you agree to the use of cookies or tracking. Due to the new GDPR (General Data Protection Regulation), every online company is required to give the user the option to deactivate tracking. This can be done in our privacy policy, which also provides more information on the subject.

I understand and accept